The Lockheed T-33A was the two-seat trainer development of the Lockheed P-80 Shooting Star, which was the first jet fighter used operationally by the United States Air Force, and saw extensive combat in Korea with the USAF as the F-80. As one of the world's first successful turbojet-powered combat aircraft, it helped usher in the "jet age" in the USAF and other air forces worldwide.

Decades after the first P-80 flew, the T-33A, its two-seater derivative, has only recently finally been withdrawn from use by its last operators. The T-33A may have been seen to have a mundane existence, there have been no great headline news about the aircraft and the general public have hardly heard of it. However, there are any number of pilots flying today where two generations of the same family have been trained on this almost unique workhorse operated worldwide. Just about every air arm that has ever operated the T-33 in over forty years throughout the world has thought to preserve one in its museum, recognising a truly hard-working and reliable workhorse that has trained its pilots and made its Air Force what it is today.

Incredibly, there have been very few books published on this famous type that has seen decades of worldwide service, in fact those books can be named on one hand. This WARPAINT hopes to address that balance and provides the modeller and historian with not only the complete history of the type and its derivatives, but also a prolific array of top quality colour photographs, many of which have never been published before.

Combined with Richard Caruana's selection of superb colour profiles, this is one WARPAINT of a very important type in military aviation history not to be missed. 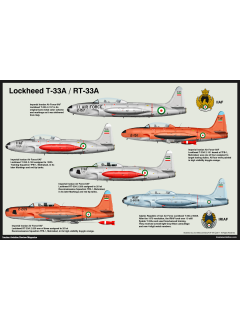 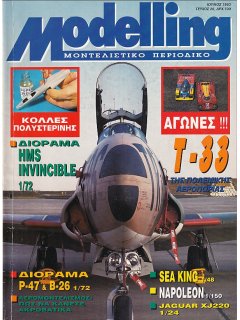