The warships of the World War II era German Navy are among the most popular subject in naval history with an almost uncountable number of books devoted to them. However, for a concise but authoritative summary of the design history and careers of the major surface ships it is difficult to beat a series of six volumes written by Gerhard Koop and illustrated by Klaus-Peter Schmolke. Each contains an account of the development of a particular class, a detailed description of the ships, with full technical details, and an outline of their service, heavily illustrated with plans, battle maps and a substantial collection of photographs. These have been out of print for ten years or more and are now much sought after by enthusiasts and collectors, so this new modestly priced reprint of the series will be widely welcomed.

This volume is devoted to the six ships from Emden to Nürnberg that were built between the wars. They were primarily intended for commerce-raiding, but the war gave them few opportunities for such employment, although they did provide useful support for key naval operations in the Baltic and North Sea. Two were lost in the 1940 Norway campaign, but the remainder survived for most of the conflict. 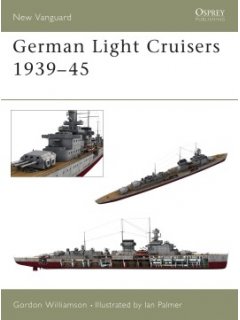 The German Navy of World War II was small in number, but contained some of the most technologically ..