Despite the first YF-16A being rolled out in 19 in December 1973, the F-16 Fighting Falcon is still in demand today, whether this be new Block versions or onward sales of aircraft retired from US or other nations inventories. Once the F-16 was selected by the US Air Force, it was further decided to form a partnership between the USAF and nations of the NATO alliance who had a similar need for a lightweight fighter, to begin development of the plane for service. Four such nations chose to join the development effort, becoming involved in production and sub-contracting work. The four European partners, collectively known as the European Participating Governments (EPG), these being Belgium, Denmark, the Netherlands, and Norway. Many F-16s have since been sold under the aegis of The United States Foreign Military Sales (FMS) Program or by part of any Security Assistance Program authorised by the Arms Export Control Act (AECA) between the US and an authorised foreign purchaser. F-16 user countries include Bahrain, Belgium, Chile. Denmark, Egypt, Greece, Indonesia, Iraq, Israel, Italy, Netherlands, Norway, Pakistan, Jordan, South Korea, Morocco, Poland, Portugal, Romania, Singapore, Taiwan, Thailand, Turkey, USA, Venezuela. The F-16 continues to be a modern, highly capable, affordable and supportable fighter. The program is healthy, with a strong likelihood of new orders that will extend the production lines for several more years.

This 144-page book looks in detail at the history and employment of the F-16 with the nations listed above in detail, highlighting the various differences in avionics, equipment and weaponry. The book is full colour, with photographic references, walk arounds, and as the ‘Real to Replica’ title suggests there is a section on how to model the F-16 in popular scales, making this book and ideal source for both the enthusiast and scale modeller alike. 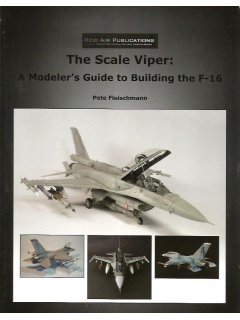 THE SCALE VIPER: A MODELER'S GUIDE TO BUILDING THE F-16Featuring 104 pages of tips and techniques to.. 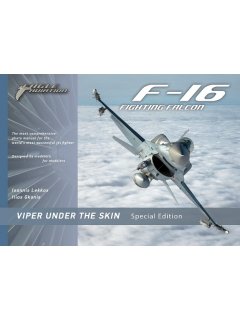 VIPER UNDER THE SKIN - SPECIAL EDITION: The most comprehensive Photo Manual for the World's most Suc.. 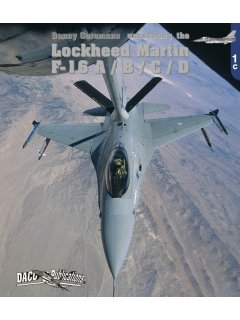 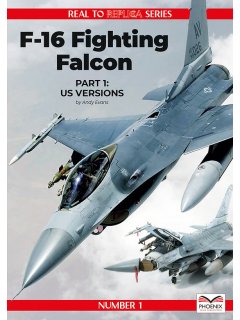