Israeli Defence Forces since 1973, Elite No 8

Following the devastation of the 1973 Yom Kippur War, the Israeli Defense Forces (IDF) underwent significant structural and tactical changes in their battle doctrine. In only a few years the IDF evolved into a truly modern fighting force, much better prepared to confront the Palestinian terrorist attacks that were to follow. Written by an ex-soldier of the IDF, this richly illustrated book chronicles the history of the IDF from the outbreak of the Yom Kippur War to the late 1980s, and covers the various units of the IDF including the Paratroop and Infantry Branch, the Engineering Corps and the Armoured Corps. 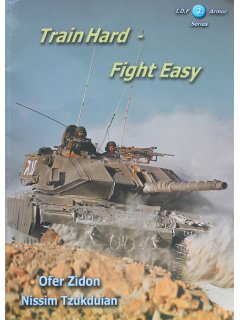 This book is the second book in our IDF Armor series. The new book covers a rarely published aspect ..