The period from early 1940 to the end of 1942 was a time of gloom and uncertainty for the British, who stood alone against the assembled might of the Axis powers. They badly needed a champion, and were to find this in a small force of soldiers who inspired them with a series of daring raids against the coasts of 'occupied Europe', becoming the heroes of the British public and of the British Prime Minister who had created them. This title explores the wartime history of the British Army Commandos whose bravery did so much to raise the morale of the British public. 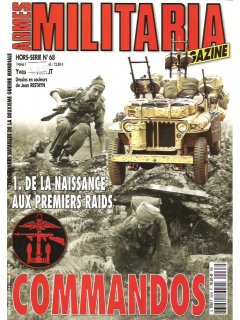