The B-17 saw combat in the Pacific from the moment a formation of these bombers arrived at Pearl Harbor during the midst of the 7 December 1941 Japanese attack. By the end of the war, SB-17 rescue craft were saving combat crews in the waters off Japan.

This book reveals why, to the public, the Flying Fortress was better known than the Spitfire, the Boeing 747, or Lindbergh's Spirit of St Louis. The name recognition enjoyed by the B-17 was that company's reason for creating B-17 Steak Sauce and Osprey's reason to round out the saga of this great wartime aircraft. 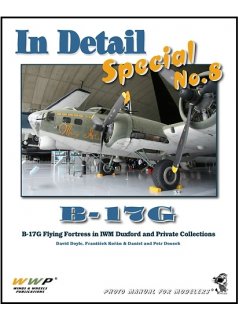 B-17 Flying Fortress Units of the MTO, Combat Aircraft 38, Osprey

Although the Fifteenth Air Force was dismissed as 'minor leaguers' by the Eighth Air Force, strategi.. 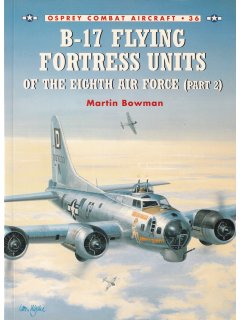 The Boeing B-17, which has come to epitomise the American war effort in Europe, took the fight to Ge..

B-17 Flying Fortress in Combat over Europe, SMI Library, Kagero

The B-17 Flying Fortress epitomized the American airpower for most of the Second World War. It was b..