The Boeing B-17, which has come to epitomise the American war effort in Europe, took the fight to Germans from the late summer of 1942 through to VE-Day. Its primary operator in Western Europe was the 'Mighty Eighth', who controlled 27 bomb groups for much of the war. This second of two volumes covers the 14 Bomb Groups of the Third Air Division. First hand accounts, period photography, profile artworks and nose art scrap views bring to life aircraft from each of the groups within the Third Air Division. 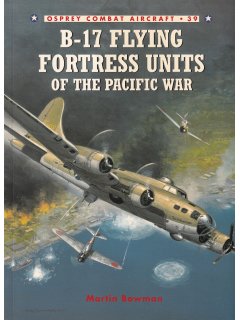 The B-17 saw combat in the Pacific from the moment a formation of these bombers arrived at Pearl Har..