The present volume describes concisely, with all the accuracy and fullness the authors could muster, the campaingn  conducted by the Hellenic (Greek) Army in Asia Minor, beginning in May 1919 until September 1922.

The Hellenic Field Army, sailed past Troy and landed on 2 May 1919 on the Aegean's east cost, in Ionia, where Greek cities and towns had been flourishing for over three millennia.

The Campaign in Asia Minor lasted about two and one-half years, during which time the Hellenic Army undertook many large-scale operations and was nearly always dominant in the field of battle.

It was forced to interrupt its drive toward Ankara and to return to its jump-off points at a critical time, on account of the lack of reverses and the insoluble problems of resupply and maintenance. This, in combination with the Army's year long inactivity in the same line, the concomitant lowering of morale, and especially the negative attitude of the Allies, had as consequenses the collapse of the front, the breakdown of forces, the decision to evacuate Asia Minor, and the catastrophe that followed in its wake. 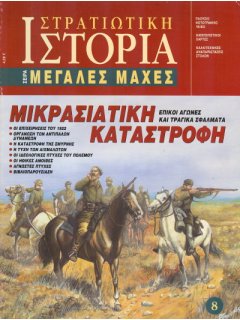 The Defeat of the Greek Army in the Greco-Turkish War 1919-1922, Periscopio Publications 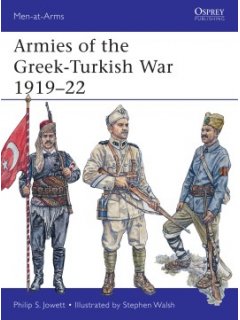 This is a comprehensive guide to the armies that fought a devastating and decisive conflict in the E.. 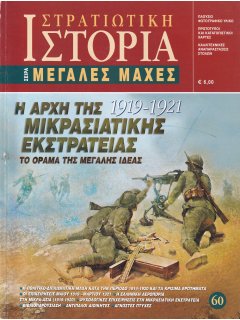 The Beginning of the Asia Minor Campaign