Operation Deliberate Force describes the air war fought over the former Yugoslav Republic of Bosnia and Herzegovina in 1992-1995.

Based on extensive research and with the help of participants, the first part of this book provides a detailed reconstruction of the emergence of three local air forces in 1992; the emergence of the air force of the self-proclaimed Serbian Krajina in Croatia, the Croat Air Force, the Bosnian Muslim air force, and their combat operations in 1992-1995.

In reaction to the resulting air war, in 1992 the United Nations declared a no-fly zone over Bosnia and Herzegovina. Codenamed Operation Deny Flight, the resulting military operations culminated in the summer of 1995, when NATO launched Operation Deliberate Force against the Serbian forces – and which forms the centrepiece of this story.

Operation Deliberate Force was NATO’s first active military operation, yet to date it has only been covered from the Western point of view: this volume is the first authoritative account providing details and analysis from both sides – that of NATO and of the Serbs. For example, it remains essentially unknown that the local Serbian air force continued flying strikes almost a month after Operation Deliberate Force was over, as late as of mid-October 1995.

Untangling an exceptionally complex conflict, Operation Deliberate Force is illustrated with a blend of exclusive photography from local sources and from official sources in the West. As such it is a unique source of reference about the air war fought in the centre of Europe during the mid-1990s.

"We get a look at the personalities involved, the equipment used and the progression of the war along with its aftermath. Add into this some great period photos, full color profiles, and several stats sections and you get as complete a look of the situation as you will find anywhere." ModelingMadness.com 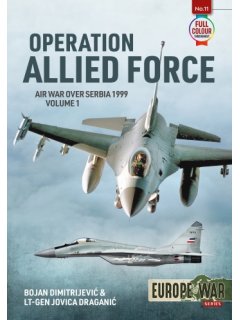 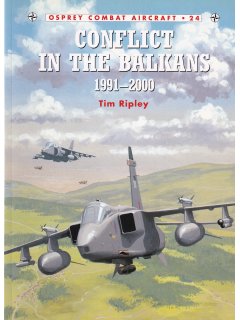 CONFLICT IN THE BALKANS 1991-2000Exposing the true scale and significance of the deployment of air p..