The Aichi Type 99 Carrier Bomber (D3A) - code named ‘Val' by Allied intelligence - was the mainstay of the Imperial Japanese Navy's carrier dive-bomber force from 1941 to 1943. It sank more Allied warship tonnage than any other Axis aircraft during World War 2. While the Val's participation in the major carrier battles has been widely covered in other English language sources, details of its operations have received scant attention in English. This book explores the Val's combat operations. Colour illustrations and photographs complement the development of dive-bombing methods in the IJN. 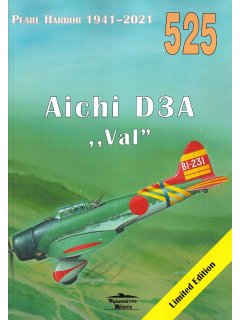